Kaunas University of Technology originates from the University of Lithuania that was established in Kaunas on 16 February 1922, after reorganisation of the Higher Courses established on 27 January 1920. The initiator and the first head of the Higher Courses was prof. Zigmas Žemaitis, who became the head of the Faculty of Mathematics and Natural Sciences later. In 1930 the Government of Lithuania named the University Vytautas Magnus University. The University consisted on the Faculty of Theology and Philosophy, Faculty of Humanities, Faculty of Law, Faculty of Medicine, Faculty of Mathematics and Natural Sciences, and Technical Faculty. Many well-known national figures worked at the University: President of the Republic of Lithuania Antanas Smetona, Prime Ministers Augustinas Voldemaras, Pranas Dovydaitis, Antanas Tumėnas and Leonas Bistras, seven signatories of the Act of Independence of 16 February 1918 and number of ministers. Pioneer of physical chemistry in Lithuania prof. Vincas Čepinskis and “father” of Lithuanian constitutional law prof. Mykolas Riomeris were Rectors of the University for several terms of office. During the Independence, there were 148 active student organisations at the University. Faculty of Humanities and Faculty of Law were transferred to Vilnius in 1940; it contributed to restoration of Vilnius University.

The University, as well as Lithuania, experienced painful consequences of occupations. When Soviet Union occupied Lithuania, on 21 August 1940 VDU was renamed Kaunas University, the Faculty of Theology and Philosophy was revoked, almost all student organisations were closed, it was the beginning of the repressions of lecturers and students. Rector prof. Antanas Purėnas tried to rescue lecturers and students from exile, but he could not do anything. In the end of June 1941, after the beginning of SSRS-Germany was, the university’s community expressed its firm opinion supporting the attempts to restore the statehood of Lithuania. A significant amount of the University’s students and lecturers actively participated in the uprising in Kaunas against the retreating occupational army of SSRS. The rebels rescued almost 2 000 prisoners and announced restoration of the independence. Later the Provisional Government restored the University’s name – Vytautas Magnus University, but soon the Provisional Government of Lithuania was dissolved by the occupants and Lithuania felt a heavy burden of occupation. Mobilisation to SS units, announced by Nazi Administration four times, failed in Lithuania, therefore, in retaliation, Nazi arrested lecturers and students of Vytautas Magnus University and Vilnius University on 16 March 1943; the studies were terminated in VDU and other Lithuanian higher education schools. Majority of the university’s buildings were occupied by German occupation army, therefore the lecturers were forced to give lectures semi-secretly in their homes or other institutions. Rector prof. Julijonas Gravrogkas attempted to save university and rescued students from being deported for work to Germany. The University was one of the centres of anti-Nazi resistance: anti-Nazi literature was distributed there; some lecturers and students participated in anti-Nazi resistance. Prof. Adolfas Damušis and prof. Juozas Vėbra were arrested by the Gestapo and were imprisoned in Germany.

In summer of 1944, with approaching army of the Soviet Union, almost one third of the members of academic community moved to the West. When Soviet Union repeatedly occupied Lithuania, formal meeting for restoration of the University took place on 23 October 1944 and on 13 November the name of Kaunas State Vytautas Magnus University was confirmed for the University. However, occupants did not like the spirit of nationality and freedom at the University. In the autumn of 1950 in the attempts of destruction of the source of national culture, SSRS Ministry of Higher Education decided to reorganise the University to Kaunas Polytechnic Institute and its Faculty of Medicine – to Kaunas Medical Institute. 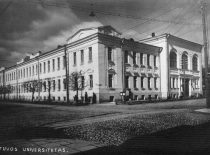 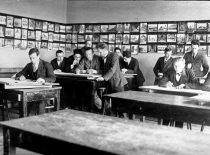 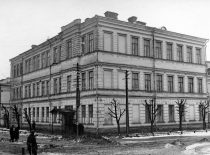 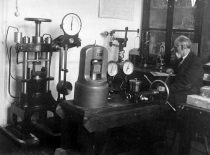 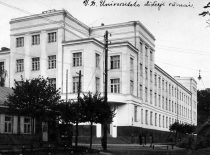 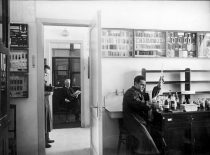 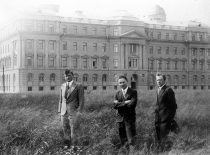 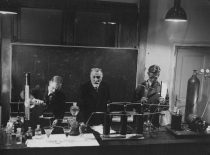 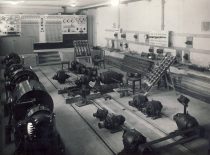 Kaunas Polytechnic Institute consisted of five technical faculties inherited from the university: Faculty of Architecture, Faculty of Chemical Technology, Faculty of Electrotechnics, Faculty of Mechanics and Construction. Thanks to the Rector prof. Kazimieras Baršauskas Polytechnic Institute withstood the aggressive policy of russification and sovietisation. Strengthening of the Institute’s position in the 7th decade of the 20th century was attested by establishment on the ultrasound laboratory at K. Baršauskas initiative in 1960. It has expanded into science institute, which continues to conduct hundreds of outsourced scientific research in cooperation with Lithuanian and foreign clients. With the help of famous Lithuanian scientist Kazimieras Ragulskis foundation for the science of vibrotechnics was formed – Laboratory of Vibrotechnics was established in 1963; it became the world known Vibromechanics and Vibrotechnics Science Centre, considered an equivalent of USA Silicon Valley in the former Soviet Union. The same time marked intensive development of scientific research in textile; specialists for this intensively expanding industrial field were prepared. Physical expansion of the institute is best reflected by the beginning of construction of the academic campus in 1961 (now – Student Campus) with the Faculty of Construction, Faculty of Electronics, Faculty of Light Industry, Faculty of Chemical Technology and Calculation Centre, dormitories and other buildings. As well as establishment of the institute’s branches in Vilnius, Panevėžys, Šiauliai and Klaipeda that developed into independent universities during the period of independence. After the war the student community remained active part of society with various active student organisations, clubs of sports, technics, tourism and local history, art societies with deep traditions. Part of them nurtured national traditions secretly, were involved in various underground organisations. This part of academic community was particularly active during the period of the National Revival they participated in various patriotic initiatives and organisations. Community of Kaunas Polytechnic Institute contributed to reconstruction of the monuments destroyed during occupation and restoration of Vytautas Magnus University. In 1989 experimental secondary school (now – KTU Gymnasium) was established; it was the first university school for education of talented pupils. Today it is considered one of the best institutions of secondary education in Lithuania. On 11 March 1990 Lithuanian Supreme Council announced the Act of Independence and restored the state. Four members of the institute’s community became the signatories of the Act of Independence: prof. Vytautas Paliūnas, assoc. prof. Povilas Varanauskas and Antanas Karoblis, lector Algirdas Vaclovas Patackas. 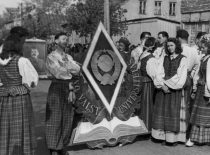 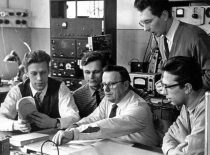 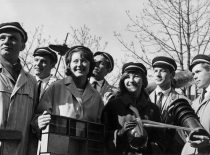 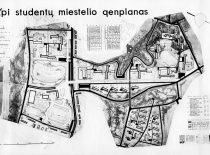 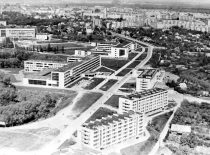 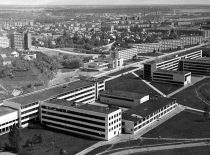 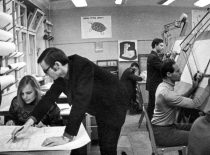 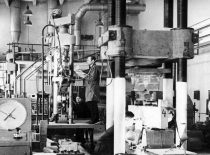 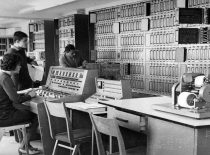 On 31 October 1990 Kaunas Polytechnic Institute was renamed Kaunas University of Technology. KTU, led by Rector prof. Kęstutis Kriščiūnas, was the first one in Lithuania to start reformation of the university’s management and system of studies other universities followed and emulated KTU experience. In the end of 1990 the threat of SSRS military aggression became real for Lithuania’s fragile independence. Like a larger part of Lithuanian society, KTU academic community was active in defence of Lithuanian independence in January 1991. Students, lecturers and employees went to Vilnius by buses to defend state objects; others were defending television building in Kaunas, municipality, Sitkūnai radio station and Jūragiai radio and television rebroadcasting station. On 13 January 1991 students of KTU Faculty of Radiotechnics Virginijus Druskis and Rimantas Juknevičius died in Vilnius at the TV tower while defending Lithuania’s independence.   On 27 March 1991 the status of Kaunas University of Technology was confirmed. After regain of its university status, KTU took a rapid path of studies and research reformation. A flexible module-credit study system of western structure, focusing on unity of research and studies, wide fundamental education, liberal study programmes and independent work, was introduced and continuously developed.

The University is actively involved and has membership of various international science organisations, and education societies. Since 2009 diplomas of Kaunas University of Technology are recognised in the entire Europe, making is easier for the graduates to get employed locally and abroad. In 2011 a new legal form of Kaunas University of Technology – public institution – was registered at the Register of Legal Entities of the Republic of Lithuania. In 2014 a world-class National Open Access Scientific Research and Experimental Development (SRED) Centre was opened at Student Campus; technologies of sustainable chemistry, mechatronics, energy, information and communications that are significant for Lithuanian economy, are developed at the Centre; it has Technological Business Incubator. The University aims for the research not to be limited by scientific activities, instead, to be applicable in real life, business and industry. 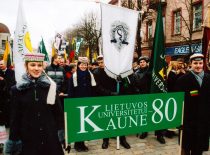 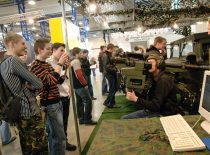 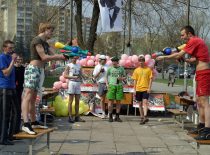 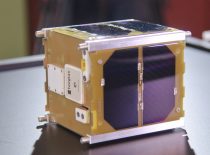 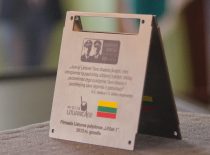 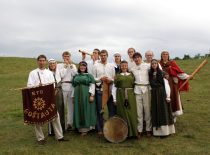 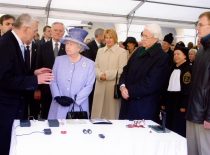 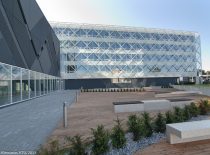